For the first time in its history, Better Music Builder mixers and power amplifiers will feature optical input/output to allow digital audio connection. Users will enjoy the shift to digital as the superior connection eliminates noise and distortion analog is prone to, providing a precise and crystal clear sound. The new M Series line of mixers and power amplifiers will be introduced in 2016. 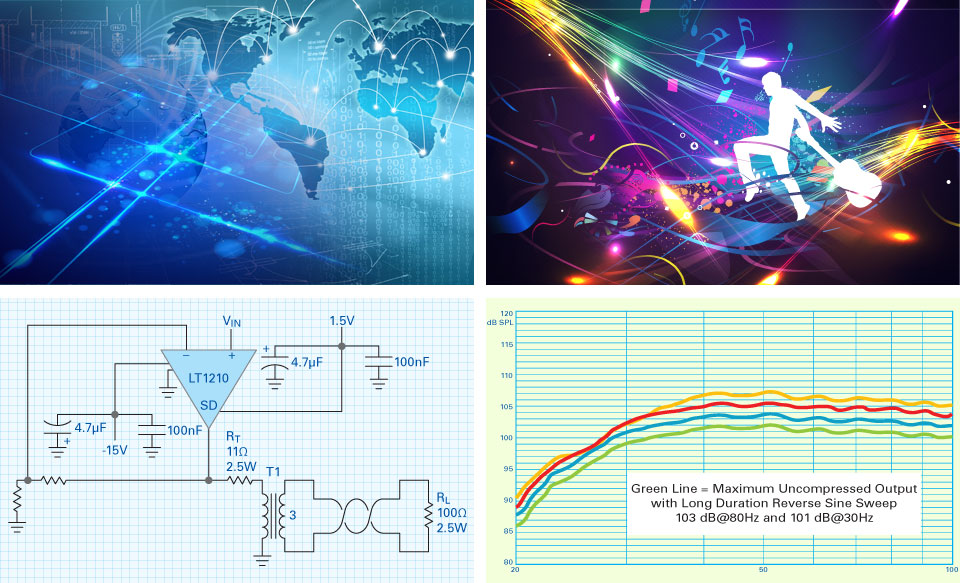 The exclusive Smart Auto Input Select function by Better Music Builder is designed for commercial use to save you time by prioritizing audio inputs automatically.

When multiple input sources are connected to the system, SAIS scans for activity in the input sources and sets priority according to its programming. DVD input will always have priority. If DVD input is active, it will be chosen. However, if DVD input is inactive, SAIS will automatically switch to VOD input. This feature is mimics the screen saver on your PC. It activates when there’s no activity on the DVD input. It provides commercial businesses chances to display special promotions to their loyal customers when the machine is idle.

DVD: DVD has top priority. When all 3 inputs are active, DVD has priority.

AUX: Have to be manually selected when all three inputs are active. Once it is selected, machine will not automatically switch to DVD or VOD.

The specially designed Smart Auto Input Select is featured in our new line of products, which includes the Mixer DX-3000 G2 and DX-6000 and the Mixing Amplifier DX-288 G3.

LED (Light Emitting Diode) is not an unknown thing to the public. Indeed people use it for many things including, lighting, and also sign display. However, there are not many people who know that or have seen LED being used as a video display screen.

It is a strange and somewhat confounding concept that a lighting application can also be used for video. LED follows the evolution of video media, from the Cathode Ray Tubes, to Plasma screens, and now the most popular LCD (Liquid Crystal Display). Each generation of these evolution made video media more extravagant, lovelier, clearer, but also more efficient–allowing for not only faster progress but also solution to our environmental and resource problems.

What is the LED video display?

Nick Holonyak Jr. is credited as the father of the LED. He made the first red LED in the early 1960s. Since then LED develop into a wider spectrum of colors, sizes, and applications. The first LED had limited uses as it wasn’t as bright as the contemporary sources, they were used as remote control indicators and in lighting for watches and calculators. However, continual development of the LED improved their efficiency, cost, and brightness making it a better and more efficient source of lighting. It is theorized by Haitz Law that LED doubles it efficiency every three years.

The latest technological advancement in LED is OLED (Organic Light Emitting Diode), using organic material. The OLED is a paper thin display screen. The OLED is lighter, wider, brighter and more efficient than current LCD. This strikes a possible future where video can be displayed by using a sticker or piece of paper.
There are a wide variety of different LED which can be used for different applications. The first LEDs were use as light indicators on remotes and machines, but now they advanced to use as indicators on signs on roads making traveling easier. LED is also used as lighting in car dashboard, because of its higher illumination it is bright enough even when viewed in front of a sunny field.

Currently LED is being used mainly for lighting because of its efficiency and sustainability. It lasts much longer than conventional light bulbs and only uses a fraction of their power for lighting.

Many LEDs we see today are used as status indicators and displays in roads and stage displays. Such as large sport stadium displays, message displays used in airports and railway stations, as destination display signs for trains, buses, and boats, and road signs.

In recent years lighting have begun use of LED from desk lamps, to replacement bulbs, and even street lights.

Due to the quick reaction time of LED, they can be control effectively through programming. In fact, LED are also used in aquariums to simulate day and night lighting conditions for underwater environments. The reaction efficiency also render it ideal to be used in stage lighting because it can change color easily and emits a lower heat.

LEDs are very reliable as vehicle lights because of their long life and fast switching times. For example, they are used in brake lights, and turn signals to improve the safety of roads. In fact, LED are now so efficient and reliable that they are increasingly being used for emergency applications.

The 2.1 Subwoofer is designed to give its users simplicity and easy installation without the loss of power or the boom. This is a powerful subwoofer which is based on our DFS-112 SUB and DFS-115 SUB. The 2.1 Subwoofer comes in 12-inch (DFS-112 SUB 2.1) and 15-inch (DFS-115 SUB 2.1) format. This is a powered subwoofer which also has a built in output source allowing you to connect up to two main speaker with this subwoofer. This makes it a simple system set up. But dynamic and powerful enough for any events.

The DFS-110 SUB NP / 112 SUB NP is our newly developed line of passive subwoofers. We designed the DFS series with consideration of the modern DJ, making it as versatile as possible, your subwoofers will last in any outdoor condition. Passive subwoofers enable the usage of multiple subwoofers therefore introducing more kick and bass to your system. Don’t be surprised when you feel everything around you is shaking to its core once these are on!

The design principle for the new DX-6000 Mixer is flexibility. Customers usually buy a great quality system only to end up with their new system not compatible with their current set up. We recognize our customers have different audio and entertainment needs, therefore, we created the DX-6000 Mixer which provides customers a system that is compatible with any set up they may have, without lacking in performance. The DX-6000 Mixer is designed to cater to your ideal music and audio connection.

DX-6000 provides low frequency line out to one or two powered subwoofers. The whole concept borrows the idea of a 5-channel home theater to produce a live sound effect in our system. You can use this system for public and commercial use. Better Music Builder have three different models of powered amplifiers to operate with the Dynamic Fusion System.

The DX-222 G2 and the DX-288 G2 introduce the latest Super Quiet 2-way “Tunnel” Fan technology to handle the intensive high-power output demand of the mixing amplifier to cool down the high output power and integrated CPU intensive system.

To resolve the problem with professional audio rentals having frequent needs to set the AV source into the amplifier manually. DX-222 G2 and DX-288 G2 has the special feature called Smart Auto Input Switching (SAIS) for commercial use. With this special function, multiple input sources can be connected to the system at once, and the system will scan for the availability of the set priority source (main terminal) when SAIS is activated. This feature can be set manually or automatically. This efficiently reduces manpower and time in controlling the audio system.

Better Music Builder is a pioneer in using CPU-controlled technologies to enhance the audio performance of our products. In general, by using the CPU technology, it enables our engineers to develop more unique music and microphone sound effects, which include personal microphone tone and reverb effect setup, digital sound effects that can be adjustable, the ability to lock on personal favorite settings, and the great stability to prevent the equipment from burning and breakage.

For instance, Better Music Builder DX-222 is the world’s first generation of CPU-controlled Karaoke Mixing Amplifier. This mixing amplifier uses the state-of-art technology by integrating a CPU processor inside the machine. Our engineers use this idea because it enables the machine to perform detailed task and have good control by using CPU technology. It can also produce excellent music source and vocal effects by a digital mixing powered amplifier with 500 Watts.

Better Music Builder DX-288 is the second generation of CPU-controlled Karaoke powered mixing amplifier with 700 Watts developed by our engineering team. It is a combination of the latest technology and innovative design. By using the CPU technology, DX-288 is the first Karaoke powered mixing amplifier that can create a new Karaoke effect with 5 channels to enable an option for center speaker (for monitoring vocal).

Better Music Builder DX-3000 audio/video effect processor was originally developed by our engineering team in California , USA . DX-3000 uses the state-of-art CPU technology. Our engineers use this idea because it enables the machine to perform detailed task and multiple processing functions. This model has been widely accepted by the U.S. consumers since it came to the market.

In addition, by using the latest audio technology, our engineering team developed a compact speaker with strong output power. Although the size of this compact speaker is small, it can produce strong output power with exceptionally high performance. It can be best used for conference room, home entertainment, restaurant, café, school, church and outdoor functions, etc.

Thanks to the strenuous efforts of our engineering team! Better Music Builder will continue to research and develop new audio technologies, and we will constantly create innovative audio products to satisfy your special needs.

A CPU-controlled amplifier/mixer is a machine controlled by a built-in Central Processing Unit (CPU) like a computer.